This year’s theme of The House Always Wins and the title character of Lady Luck seemed to give off a definite femme fatale vibe and attraction and was even more alluring when my husband pointed out that the many billboards of Lady Luck bore an uncanny resemblance to myself, but what started out as child-like excitement over our annual trip to Halloween Horror Nights, soon turned to disappointment as the night wore on…and on…and on. This was a very similar feeling to what I had when playing poker online. 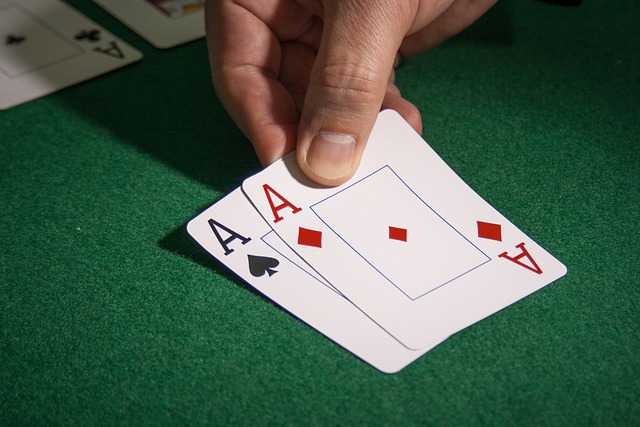 Our adventure began with dropping off our eight month old son at Grandma and Grandpa’s for the night in Daytona Beach, and then we were off in our Kia Sorento, reminiscing on all the previous HHN adventures we had taken. However, after what should’ve been a forty-five minute drive west on I-4 turned into two hours in rush-hour traffic, four car accidents, and an electric thunderstorm, we arrived at the overpriced parking garage boiling with cabin fever. We were a bit put-off when we discovered that the parking would cost us fifteen dollars and not the three dollars after six o’clock as advertised on the park’s website. Apparently, the increased after-hours rate was reserved especially for the extra special patrons of HHN.

Nonetheless, we shook off our frustration (happy to be out of the car), met up with our friends who were already inside waiting on us, and tried to recapture our initial exuberance for the evening. It was short-lived.

To say that the first two Scare Zones we encountered were lackluster is a compliment. They were not scary at all. Normally, we enjoy passing through the Scare Zones multiple times throughout the night, but we found little interest in wasting our time repeating our walkthroughs. The first of the six Scare Zones we passed through was titled “7” for the seven evil temptresses parading about. Parade they did, scare they did not. It was like the evil alter-egos of the Desperate Housewives had come to life, except I have seen scarier on the television. The Grown Evil Scare Zone reminded me of walking through an evil forest in a Disney story.

We were confused and dismayed to realize that the title character, or spokescharacter, Lady Luck, did not have her own house, as is customary at HHN, nor was she omnipresent throughout the evening. Rather, she was hidden down a side street in a small Scare Zone at the back of the park, and I get that the alleyways and scenery is probably what leant to her particular locale, but it was as if Lady Luck had been an after-thought, instead of the headliner.

The Acid Assault Scare Zone put on a pretty good show of special effects and scare-tactics. We were especially impressed by the crumbling buildings effect.

We thought surely that the first two houses we went through, The Forsaken and The In-Between, would be the redeemers of the sub-par Scare Zones. They were not. The Forsaken, wherein a recreation of a Spanish fort-the fort in St. Augustine we presume-has been taken over by the “mutinous undead crew of Columbus'” lost fourth ship, wowed us with its scenery and likeness to the Castillo de San Marcos but left us scared-less. However, being a native Floridian and one who lives a half-hour from St. Augustine, I did appreciate the nod to Florida history.

The In-Between renewed our faith in HHN, albeit briefly. Our first tip that this house might be exciting? The 3-D glasses we were handed as we entered. In addition, to the black-lit, “trippy”, senses-altering 3-D effects, the scareactors had the ability to scare. Finally! My husband, for whom Halloween is his Christmas and whom most haunted houses have a hard time impressing let alone scaring-he started out many moons ago as a scareactor at HHN…once upon a time-yelled several times, “This is awesome!” I had to agree, The In-Between house hit the mark.

Alas, the exuberance for the night was short-lived, and the experience went downhill from there.

When we exited The In-Between house, we were greeted with pouring rain, lightning, and standing water. Not just any standing water, though, standing water that was approaching calf-high, and since there was only one sidewalk leading us out to the rest of the park, we had to wade through the water. The storm we had driven through on I-4 had found us again! My husband, being the chivalrous gentleman that he is, told me, “hop on!” so that my already soaking shoes, socks, and jean legs wouldn’t get worse. Too late-prune-like toes and blistery feet prevailed! I was amazed that this was the only path out of that house and that I actually heard a park attendant telling guests, “You have to cross through it. It’s only a few steps, and then you’ll be across. Come on, you can do it!” Definitely not something you hear every day at a theme park.

While we hunkered down in the Barney stage show arena for over an hour waiting on the rain to let up, my husband and his friends entertained the crowds with their rendition of Milli Vanilli’s “Blame It on the Rain” accented by the background instrumentation of thunder cracking and a brilliantly scary lightning show…finally, something scary to watch!

The rest of the night seemed almost like a chore to go from house to house, but the award for the worst house of the night goes to….drum roll, please…H.R. Bloodengutz Holidays of Horror. After waiting in a “20-minute wait” line for over an hour wearing soaking shoes and socks, we hoped that this house would make the wait worthwhile. Unfortunately, not only was the house not scary, but it was downright distasteful and borderline sacrilegious, as well. With scenes featuring an evil Easter Bunny, demented, saw-wielding elves, and a decapitated Santa, as well as a nude victim folded up like a holiday turkey, stuffed in some unmentionable areas, it was no wonder many visitors came out saying, “that was horrible!” 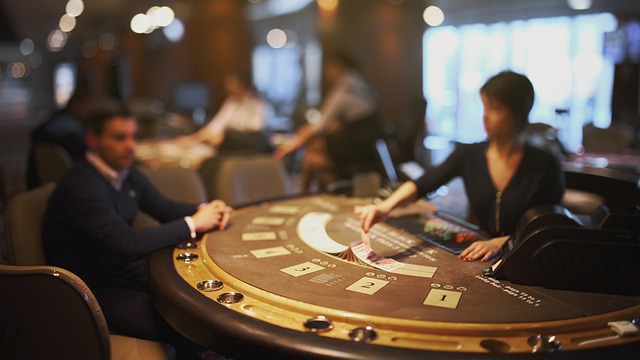 Two houses we found to be creepy and close to scary would have to be the Nightingales house, which takes visitors through a maze of WWI trenches and barracks barraged by evil nurses and banshees and the Saws and Steam house, which takes visitors through a maze of flesh-tearing machinery and the demented souls who are trapped and working there, the individual cogs in the giant machine of life that has both made them and tore them apart….literally. Even my husband was startled a time or two by the excellent timing of the actors who leaped out at us. I also enjoyed the freezing-yes, freezing!-temperatures of the Winter Memories house, which was a nice change from the post-thunderstorm steam outside.

My favorite of the night, although not for its ability to scare, was the Nevermore house, based on the madness of Edgar Allan Poe. As a high school English teacher, I enjoyed going through this house and seeing Universal’s portrayal of several of Poe’s most notable gothic horrors. This was probably one of the most uniquely themed houses I’ve been through at HHN. Had it been scarier, or had I not been so into the literature-come-to-life aspect and trying to guess which rooms represented which of Poe’s stories, this easily could have been my favorite house of the night.

I wish I could say that this year’s trip to Universal’s Halloween Horror Nights was not a disappointment, but I would be lying if I did. The sets, scenery, and costumes were fantastic, but the acting involved left little to be appreciated and very few scared. There’s always next year, so here’s hoping!