I’m the kind of guy that has played Madden since the early 90’s, so I’d like to think I’ve seen its ups and downs. Often the game is nothing more than just a simple roster update as many of us know, with a new feature here or there and a few new player animations. This game certainly appears to have aimed higher than usual, with lots of new features and more fluid animations. Don’t let the flashiness of Madden 09 fool you though, because in some ways there is as much bad as there is good in this game.

I’ll start with the good, since there really is a lot to like about this game. For those of us who played the Madden 09 demo on XBox Live, we got an early taste of what the new Madden IQ feature was like. It’s a nice addition to the game that will give experienced Madden players a bit of a new challenge. Not only does Madden 09 adapt to your personal skill in the game, but for All-Madden difficulty players the Madden IQ can actually go past that level depending on how good you really are. Madden IQ is based upon the player’s skill level in four areas: pass offense, rush offense, rush defense, and pass defense. Your Madden IQ score will likely change a little from game to game as you increase and/or decrease in certain skills, and you can always select the old difficulty levels if you don’t prefer this new feature. 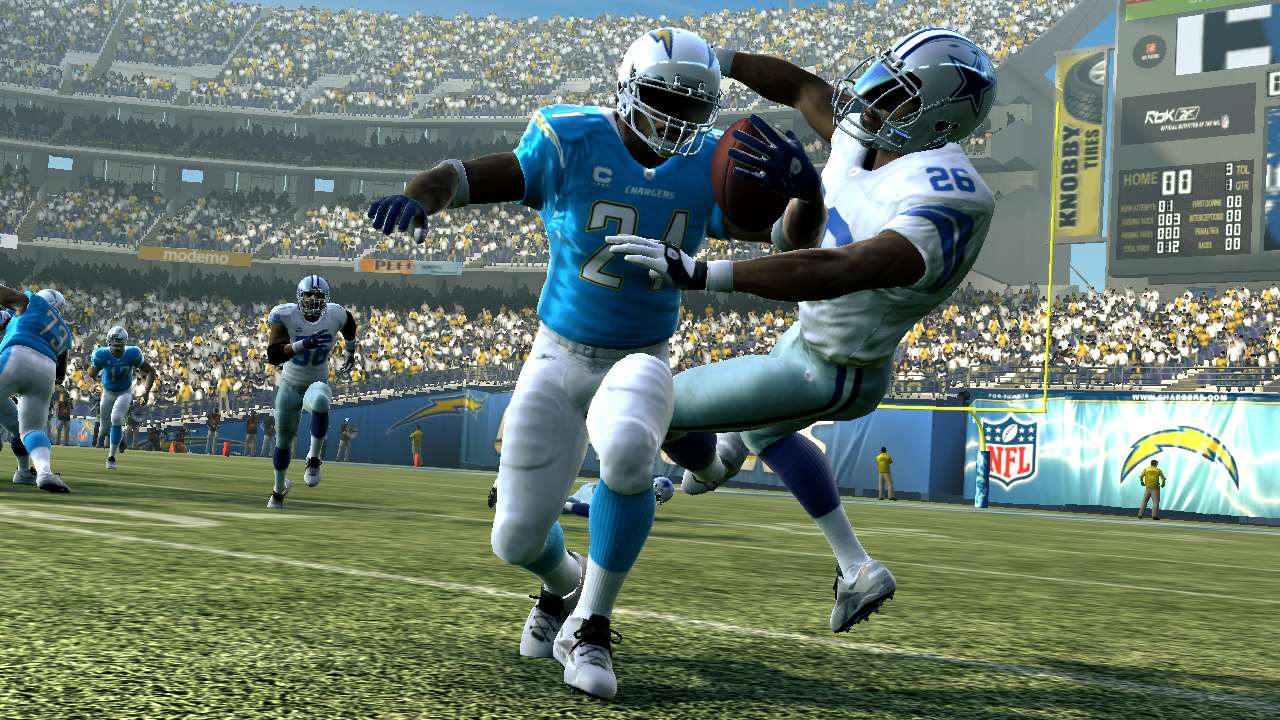 Another new feature is the Backtrack feature that basically has Chris Collinsworth explaining what you did wrong on certain downs in a flashy ESPN-styled evaluation of these bad plays. Typically these Backtracks will involve a sack, interception, or if you’re beaten by the passing game on defense because a linebacker was covering a wide receiver. The first time or two you see it might leave you pretty impressed, but after that it will probably start to get old. Just like the Madden IQ though, this feature can be turned off as well or skipped through during a game by simply pressing a button. A much more worthy new feature in this Madden game for me was the EA SPORTS Rewind. If a play doesn’t go your way, you can press x with this new feature and start the play all over again. On offense, defense, or special teams there’s going to be a mistake or bad call that we’d all like to have the chance to reverse sometimes. The EA SPORTS Rewind is also very nifty on defense, because it lets you comfortably commit to the run or pass play that you know the CPU offense is going to run. Once again, this is another new feature that can be set from anywhere to unlimited, a few mulligans, one, or none.

The graphics look about the same as previous versions on XBox 360, but experienced Madden players will notice a significant improvement in player animations. Not only are there several new animations such as the bobble catch and missed field goal return; but running, blocking, group tackling, and other player animations look smoother and more authentic. The downloadable roster update was also a pleasant surprise in this game, especially given what had transpired with the Brett Favre situation. A gold XBox Live account is needed for this though, and some manual updating will still be required if you want to be completely up to date with what’s going on with current NFL depth charts. Madden 09’s soundtrack is excellent too, and of course you’re given the opportunity in the game’s settings to select and unselect whatever songs you want to hear while playing the game. Additionally, Madden Moments and the Online Dynasty feature round out the new aspects of Madden 09. Franchise and Superstar Mode returns, and those who purchase the more expensive special edition of Madden 09 will have even more things to play with and enjoy.

Now, to the bad. If you spend enough time perusing message boards or YouTube concerning EA Sports games in general, it seems they’re really having some recent problems with glitches and freezes in their sports titles. Numerous people have had problems with their game profiles being deleted or having game freezes in Nascar 09, and I experienced several game freezes myself when playing NCAA Football 09. I don’t remember having any problems whatsoever with Madden 08 freezing, nor Fight Night Round 3 also made by EA. For whatever reason the 09 versions of several EA Sports games seem to have freezing problems for quite a few people, and unfortunately Madden 09 is no exception. While playing Franchise Mode, I occasionally had the odd freeze when I wanted to simulate a pre-season or regular season. Once I reached season three in Franchise Mode, I could neither play nor simulate any pre-season games without the game freezing over and over again. A simple restart of the system would remedy this freezing problem when I had it previously, but I tried this method several times for season three to no avail.

Other than some programming bug, my simple guess of what could have caused this issue would be common problems CPU teams have with the salary cap in the Franchise Mode of virtually every Madden. Computer teams are often drafting or signing expensive players in free agency they don’t need at positions that are already strong, which leads to baffling releases of Pro Bowl caliber starting quarterbacks, running backs, wide receivers, and so on. These decisions not only weaken the CPU teams and lessen the believability of the game, but cap penalties from these releases will continue to cripple CPU teams in the future. The freezes I’ve had in Franchise Mode occur when CPU teams are trying to add players before the pre-season starts, possibly with insufficient funds to fill their depth charts. Perhaps I’ll try running my next Franchise Mode with the salary cap turned off in the hope that it might solve this problem. I also experienced one freeze while in-game when I used the EA Sports Rewind feature after a penalty occurred in the fourth quarter. Another glitch somehow transplanted my QB sneak turned fumble on the opposing team’s goal line into them having the ball on my 20 yard line after recovering the ball and accepting a holding penalty, even though they were tackled immediately near their goal line after recovering the fumble. A few little bugs or some major problems, I’ll let you play the game and judge for yourself. Hopefully you will have better luck with Madden 09 than I and several other players have had. 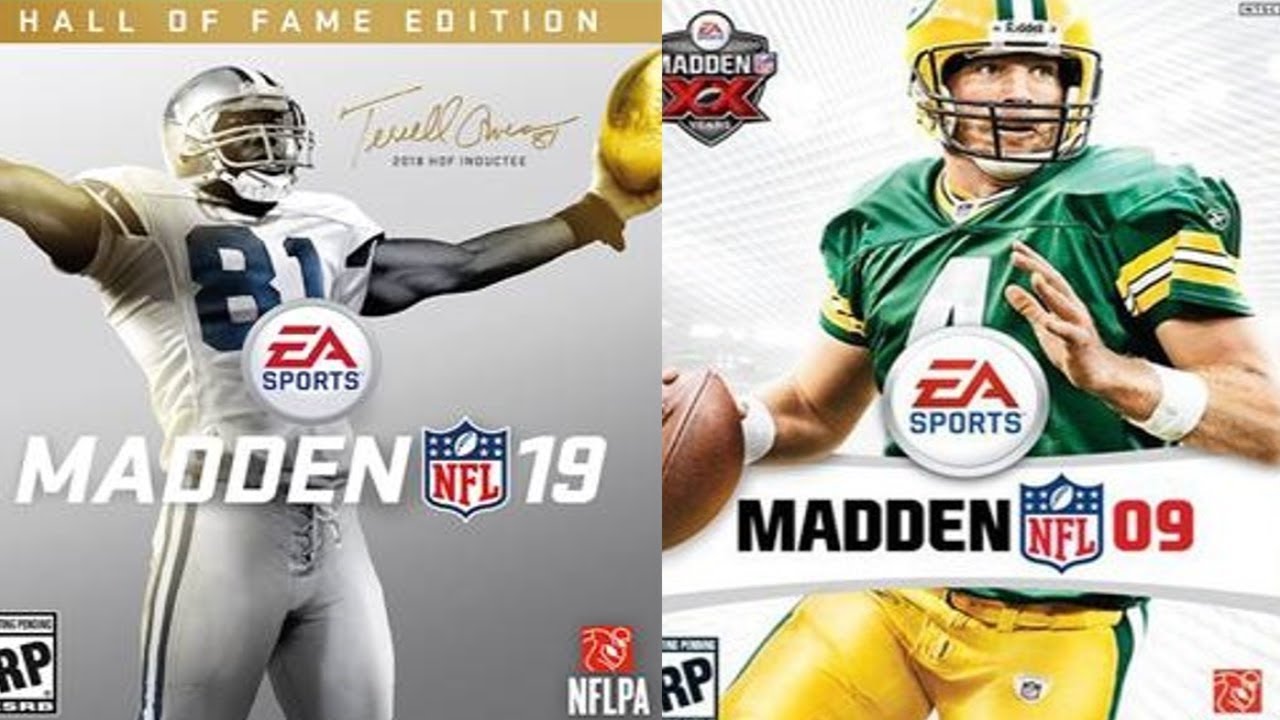 Overall, Madden 09 is a really solid game though and were it not for these freezing problems I’d say it was the best Madden game yet. Every game I have or have played on my Xbox 360 other than the occasional EA Sports game has not frozen on me, so it’s disappointing to see an otherwise excellent game fall short because of a problem that professional game developers and publishers should not allow to reach store shelves. If EA payed me enough, I would gladly test this game. As it is, I will continue to play it and just try to overlook the flaws.

All in all, Madden 09 is one of the best Xbox 360 models to have come out in recent times by serving as a benchmark for Pkv games due to the variety of levels and genres it has to offer alongwith the ease at which it relates to numerous youngsters.